Home Discord Vs Skype – Which One Is Better?

The discussion will be looking at various factors that will help inform a better choice in this regard.  Performance and others are some of the things that will be looked at in a bid to help establish a better application between discord and Skype.

Skype on the other hand is known to many people given its popularity across the globe.  In fact, this application is used more by many people from across the globe for communication purposes.  However, if you still do not know what it is then here is what you need to know about it.  Skype is an all-in-one application that is used for voice calls as well as messaging.

Unlike discord which is primarily used for messaging and calls, Skype goes way beyond that to offer other services as well.  These services include video conferencing which makes it easy for you to connect with other people who might be far from you.

Having looked at what Skype and discord are, it is now time to look deeper into the issue of discord vs Skype.  The view of this debate is to help you establish which one between these two is the best for you if you wish to communicate.

Privacy is one of the ways that you can use to tell if you are dealing with the right communication application or not. On this issue, discord and skype fair on in different ways.  Discord and skype all come with similar functionalities, they are different in some ways.

Many users of this application complained of having their private data leaked to other people.  Their locations for instance were some of the highly compromised areas in these breaches.  Even though Skype does not give a guarantee to privacy, it does better when compared to discord.

On the issue of security, discord appears to be doing better when compared to Skype.  In fact, it is the eventual winner in the discord vs Skype debate.  Discord uses DDoS as well as IP protection.  On the other hand, Skype does not appear to do well on this issue as it is presumed to be poorly organized in terms of security.

Even though Skype has been making efforts to make sure that they improve its security, that has not yet convinced many people about its privacy yet.  There are some who feel that the application is not as secure as it is supposed to be.

There is no way you are going to look at the discord vs Skype without having to mention the issue of sound quality. This is also another factor that plays a role in helping determine which one of these two is the best and worth working with.

There is a difference between discord and Skype in terms of audio transmission as well as data usage.  Skype works more in the same way as a conventional phone connection.  It transmits data and audio continuously.  On the other hand, discord only sends audio data any time someone is speaking on a phone.

Discord and Skype make it easier for their users to share files with an unlimited number of users.  However, the difference between these two is the number of files that can be shared.  For the skype users, they are restricted to sharing files up to 300MB only.

There have been discussions between discord vs Skype with people seeking to know which one of them is the best.  If you have any questions in this regard you can refer to the text above, it offers all the information you need in this regard.

Sofia Kelly is a passionate blogger. She loves to share her thoughts, ideas, and experiences with the world through blogging. Sofia Kelly is associated with The Daily Notes & Content Rally,

If you are looking for ways on how to upload music to amazon music then you will need a simple process.  Something that is so easy to do that it…

Amazon music playlist is a very wide and big music streaming service.  With more than 50 million registered users from across the globe. With this number, it is only Spotify… 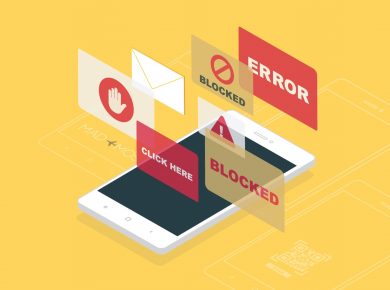 There are so many problems that mobile phones come with, some of which are unforeseen. For instance, there are times when you might want to send a message to someone,…

Before you can even install RAM you will need to ask yourself how much RAM do I need to allocate to Minecraft.  As you might know already, RAM plays such…

Techrab.com is a technology-related website that offers the opportunity to write the contents related to the technology niche and the gadgets that can help the tech writers and tech readers to get the latest information about some new gadgets that are coming in the market.